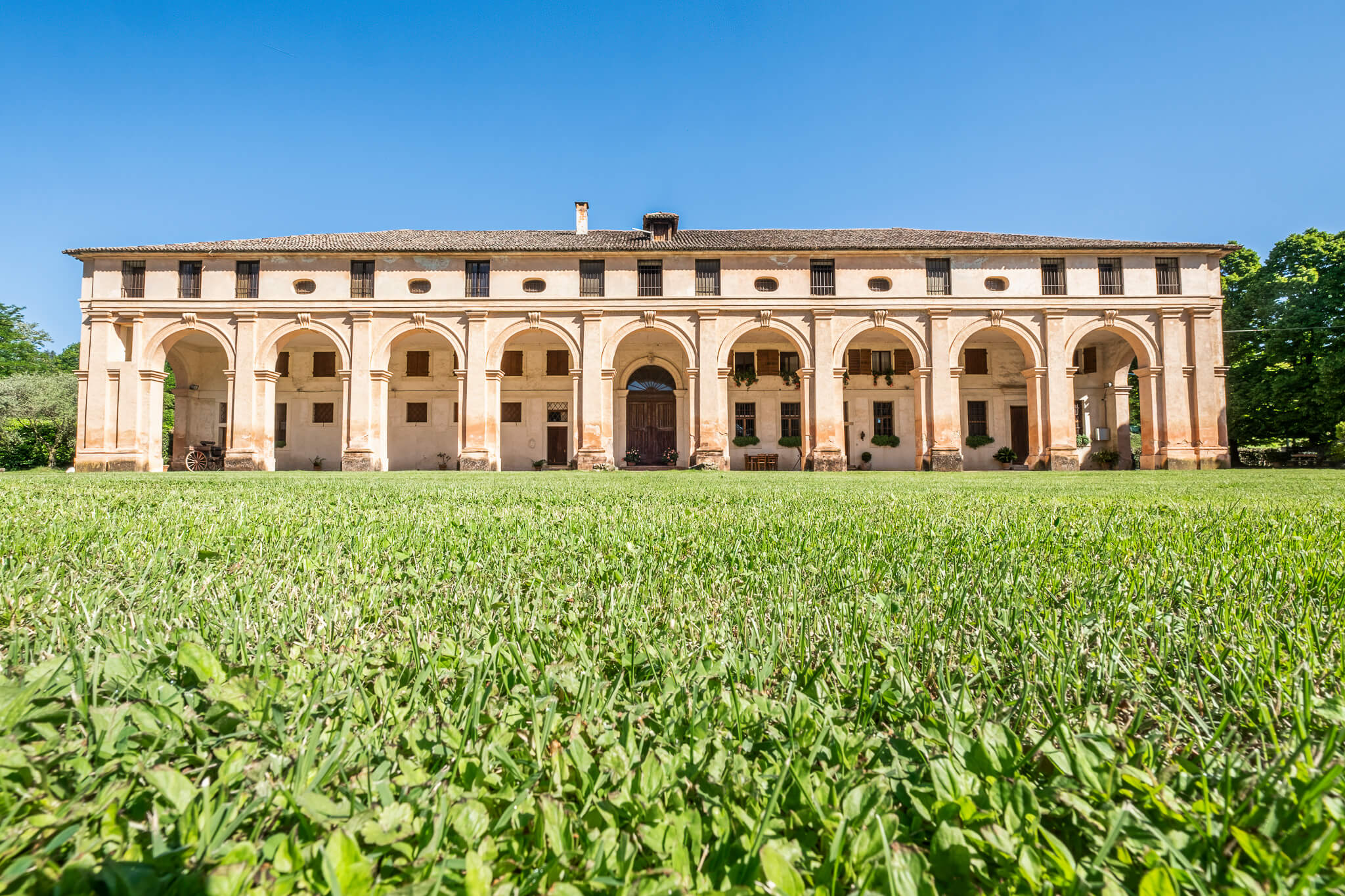 Barchessa Loredan is a historic building of the late fifteenth century that still retains all its charm. It is located 50 km from Venice, at the foot of Montello, suspended in time and surrounded by vineyards.

At the foot of Montello

Barchessa Loredan is loacated in Selva, along the course of the Brentella canal, at the foot of Montello, a hill of red earth covered by a thick forest, for centuries a wood reserve for the Republic of Venice and later the scene of the Great War.

Barchessa Loredan boasts a sumptuous style, typical of 18th century Venetian architecture. On the ground floor it is possible to visit the cellar, the barrique room and the shop while on the second floor there is the tasting room, where besides the aromas and flavors of wine it is possible to taste the past and the many stories of this place.

Like all barchesse, Barchessa Loredan was originally built near a large villa with the function of a rural service building for farmers. Over the centuries it has been transformed into a tool shed, a barn, a grain store, a war hospital and only in the second half of the 20th century it housed our winery.

Barchessa Loredan already existed at the end of ‘400 as a secondary building linked to the “Magnifico Palazzon” a large villa owned by Venetian patricians.

At the beginning of the 16th century it was saved from being destroyed thanks to the inventiveness of the Venetian Orsetti, who at that time was the owner, who had the course of the Brentella canal diverted to the north of the property.

In 1519, in fact, a Decree of the Republic of Venice obliged the demolition of all the buildings on the Montello, in order to exploit the area for the exclusive production of wood, establishing the Brentella canal as the boundary within which the buildings had to be landed.

The Bressa family and the restoration of Massari

In the 16th century the property passed to the Bressa family – a powerful and rich Venetian family – who commissioned major restoration work to the architect Giorgio Massari, one of the main interpreters of the Venetian architectural style of the 18th century based on the canons of Palladio.

The demolition of the “magnifico Palazzon” was ordered in the 19th century by the then owner Scodella, also from Venice, because of heavy taxation imposed by the Austrian government on large buildings in the Montello area.

It is plausible to think that the sumptuous villa once stood where today there is the tool shed and the Traminer vineyard, called “Palazzon”.

In the first half of the 20th century the Barchessa was used first for the breeding of silkworms and then as a field hospital during the wars.

Evidence of this is provided by the signs of the heating systems for the bachi and the numbers of the bed stations together with the phrases and signatures written in pencil on the walls of the attic.

The Loredans and the Winery

In the 1960s the property was purchased by the Loredan family, descendants of Doge Leonardo Loredan. Count Marco Loredan and later his wife, Countess Nicoletta Moretti degli Adimari, over the years planted hectares of vineyards and transformed the Barchessa in a winery.